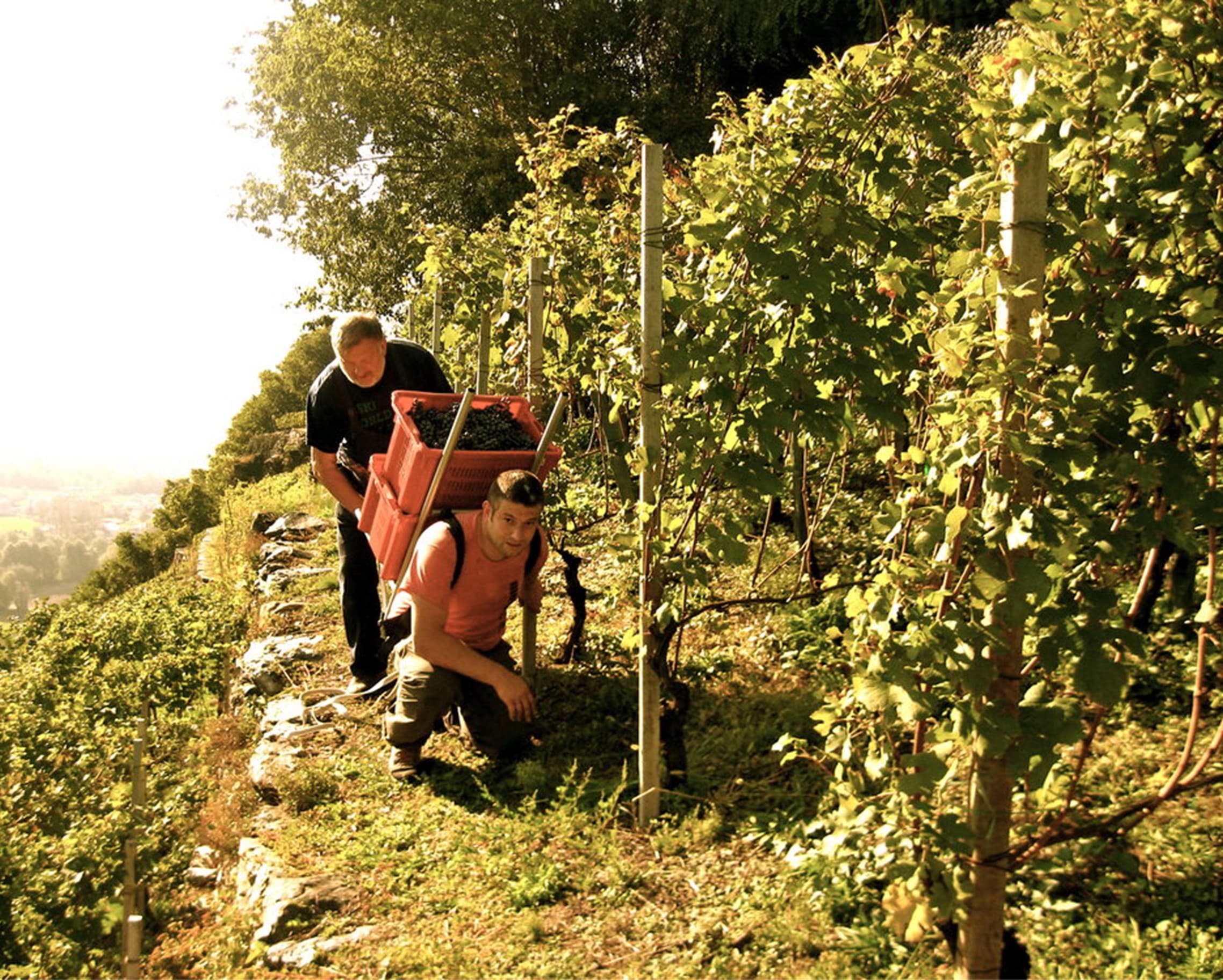 Barbacan is a small winery and it`s a real bastion of artisan identity in the heart of the Alps, an extraordinary chain of mountains of northern Italy. On these heights, with dizziness slopes and steep terrain, working the land and the vineyard is a heroic gesture. Barbacàn is  led by Angelo Sega,  with his sons Luca and Matteo. The vines are the native ones, of the tradition of the area, starting with Chiavennasca (local term by which Nebbiolo is called). The company owns just 6 hectares in San Giacomo di Teglio, in the Valtellina region (Lombardy), on terraced slopes cover with snow in winter. The wines are the most natural imaginable, respectful of the terroir and vintages. The spontaneous fermentations, without the use of selected yeasts, the attention to every detail and the minimal interventions in the cellar, give unique products, of lectern finesse, flavor and elegance.

The Valtellina is also one of Italy’s smallest and least known wine producing regions. It stretches for 15 miles on either side of the town of Sondrio. The valley was carved  from the hard granite of the local mountains by the glaciers that descended from the Alps during the last ice age.

Little known, even in Italy, approximately 80% of its wines are consumed within a 100-mile radius surrounding the valley. This heroic viticulture is a real challenge. It is one of the most forbidding landscapes in the world in which to grow grapes. Only a few plots are large enough to allow even basic mechanization. Most must be worked by hand.

During harvest, grapes were transported down the steep mountain trails or across never-ending staircases in small baskets called portini. Today they have been replaced by plastic versions.

The first written references to Chiavennasca date back to the 12th century, although it is likely that the variety was being grown in the region well before then. The name comes from the local dialect, Ciu Venasca, meaning more winey. Today it represents more than 90% of the grapes grown in the region. Compared to the Nebbiolo in the Langhe, Chiavennasca has a larger, looser grape bunch.

“We believe in natural viticulture, in which men and their knowledge, are at the service of the land. Without artifice we accompany our healthy grapes leaving room for spontaneous fermentation…

We are farmers in the Alps, we preserve pluralism of our ancient native vines and the cultural identity of traditional agronomic practices. Barbacàn is Angelo Sega and sons Luca and Matteo. We collect the chiavennasca and the other ancient vines of Valtellina from 6 hectares of vineyard on terraced slopes in San Giacomo di Teglio.
“In the vineyard we observe what nature communicates: the melting of the snows in the mountains, the mature hay in the meadows of the valley floor, the spring of water that emerges from the rock. Every message is for us a precious source that leads us to act according to what those who preceded us have taught us.

In our wine we express the vintages with their quirks and balances, always different and always unpredictable. Every season we repeat ancient gestures carrying on the identity of an Alpine people who have always been linked to the cultivation of the Chiavennasca.”