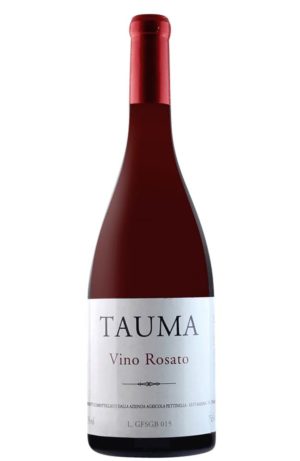 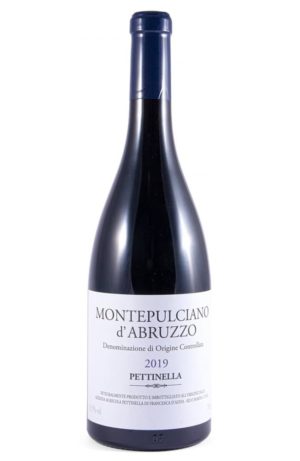 Giuliano Pettinella is a young lawyer from Marche and he decided to try his hand at producing his own wine. It does so with two vines that together do not reach 0.50 ha for a handful of very precious bottles (1800 bt). We are on the slopes of the Maiella, in the Municipality of Tocco da Casauria (Pe) with an Abruzzo pergola system and 45-year-old vines and on a hill overlooking the sea, in Silvi Marina (Te), with 20-year-old vines trained with low spurred cordon. The approach is pure and aimed at enhancing the potential of a unique land such as Abruzzo. It does not use chemical fertilizers, but only manure and green manure every other year. During the vegetative phase, it carries out phytosanitary treatments against powdery mildew and downy mildew only with sulfur and copper sulphate. No chemical weeding but only herbs left to grow spontaneously for a single mowing in the summer, to facilitate green pruning and harvesting. The grapes from both vineyards, after being crushed and de-stemmed, are processed together. The must is immediately separated from the marc and subjected to a static decantation at room temperature for eight / twelve hours, to eliminate the coarser residues. At that point, not resorting to selected yeasts, fermentation begins with a pied de cuve prepared a few days before. Fermentation takes place in over ten-year barriques at room temperature (about 18 degrees). The wine ages in wood (during this phase it performs several batonnage, first on the total lees, then on the fine ones) and, subsequently, in steel for times that may vary from year to year. Its wine does not undergo any kind of stabilization, it is neither filtered nor clarified with adjuvant substances. It only uses settling by sedimentation between one transfer and another and the only addition is a small amount of sulfur dioxide. When possible, the decanting is carried out by gravity, exploiting the force of gravity; in the other cases, a very small electric pump is used, which does a few revolutions per minute to avoid excessive shaking. Bottling is always done by gravity.