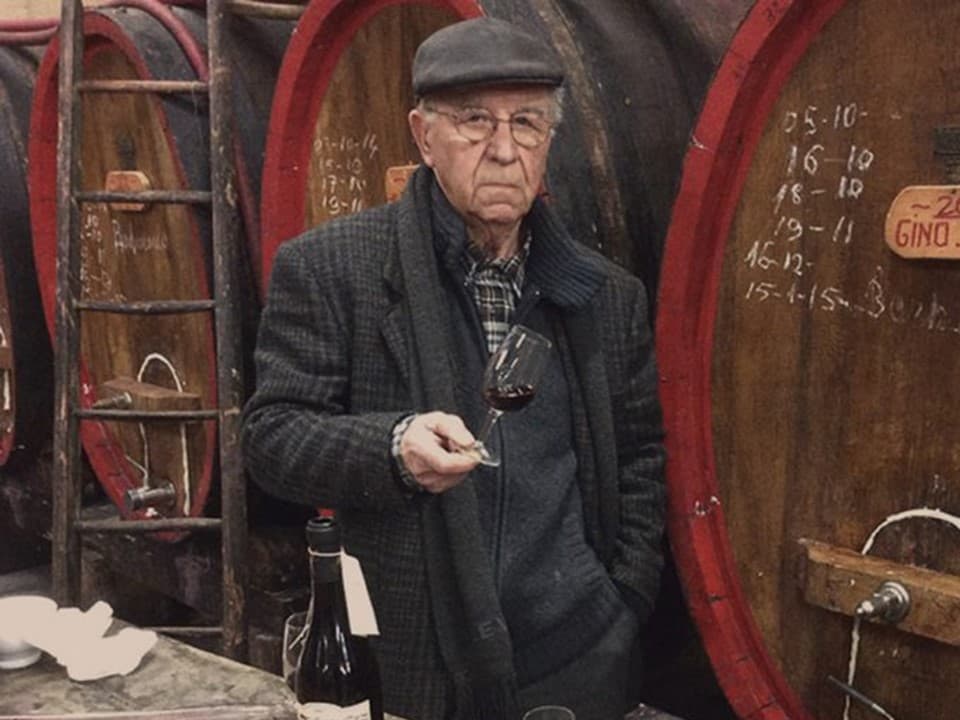 in Barbacarlo, Lino Maga, Natural, OltrePo` Pavese, wine, Wine Stories
Lino Maga, called Commendatore, recently passed, he was a legend of Italian Wine and his name is linked to that of Barbacarlo, a sort of Monopole that belongs to his family. The winery was founded in 1896 in Oltrepò Pavese, in the north of Italy, where the vineyards cling to
a very steep slope surrounded by forest. Today Maga’s family has 17 hectares of vineyards composed of old centenary vines that rest on tufaceous-stony soils. Barbacarlo is a red wine obtained from the assemblage of local varieties: croatina, uva rara and ughetta. The work in the winery and the winemaking process is very traditional: by hand, avoiding the use of chemicals, wild fermented in ancient casks with no temperature control, racked with the turn of the moon and bottled with nothing added in the spring. The maturation takes place in the bottle, and if the fermentation has not been completely carried out in cask, it will carry with it a slight residual sugar that will give a carbonic nature that will make it caressing and different from year to year. Lino Maga also produces Montebuono, another cru made from croatina, uva rara and barbera grapes.
“My wine does not follow the laws of the market but those of Time and Experience. It’s the juice made from the grapes of the Earth, of the place that gave birth to it, For the people who still love the taste of the Earth. It is the Earth that makes the wine.”
The Maga family owns the entirety of Maga Valley (where the two hills of Barbacarlo and Montebuono are) since 1700. In 1821 Lino’s great grand father Contardo stabilizes the winery and wine productions thanks to his marriage to an important family that during that time contributed to Italy’s political Unity .
Contardo’s son Carlo, at his death, leaves the winery to his grandsons the wine hills called Porrei (in dialect “home) as inheritance.
Their grandsons, name one of the hill Uncle Carlo’s (in dialect uncle = barba): Barbacarlo. The first Barbacarlo was born in 1886.
#barbacarlo #winerealstories #italianwine #linomaga #oltrepopavese #croatina #rarewine #outoffashion #uniquewine #redwine #carlomagno
Previous post
Next post