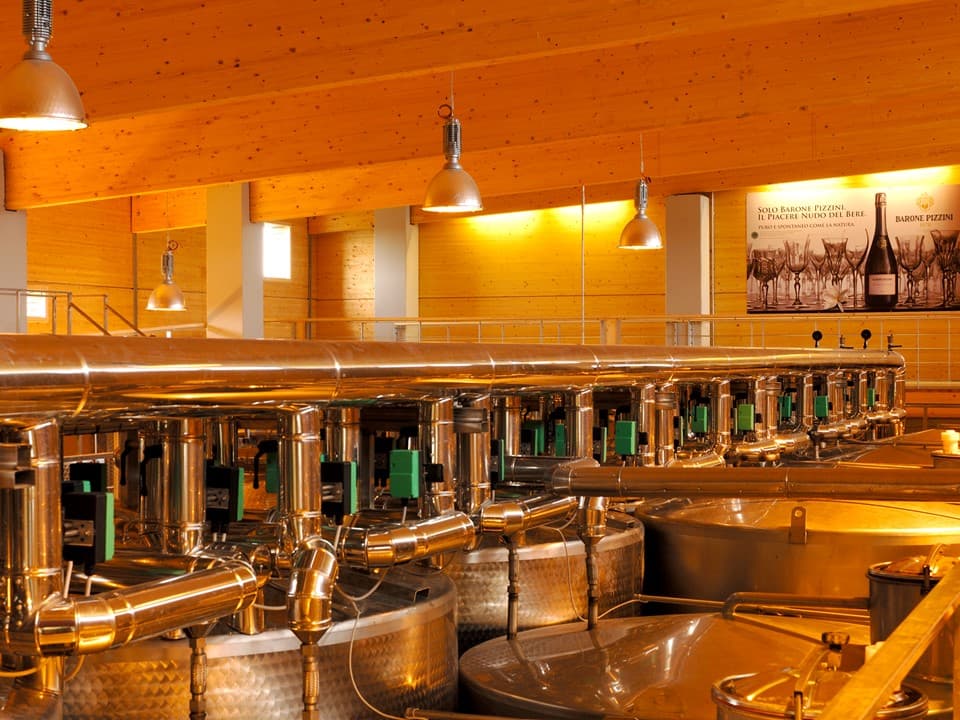 The cellar, close to Iseo lake, was built in 2006 according to eco-friendly architectural standards, respondig to the commitment to respect the environment and quality production. So that the richness and integrity of the fruit, obtained in the vineyard using organic viticulture methods, are maintained in the cellar. The vineyards cover a total surface area of 47 hectares (about 116 acres), divided into 25 parcels. The average altitude is 200 meters above sea level and the vineyards are on average about 15 years old. The vineyards are situated in what are considered the best wine-growing areas of Franciacorta for their exposure and soil composition. In fact the soil is complex: partly morainic, but enriched with fluvioglacial deposits.

The substratum is given further potential for producing fines wines by organic farming methods, which improve the vitality of the layers explored by the roots and determine a balanced and active fertility deep down. The expression of the terroir is done in such an uncontaminated and unique way by respecting the organisms that have settled there spontaneously and by processing the minerals supplied naturally by the dynamic flow of life.

In 1870 Brothers Enrico and Bernardino form the Pizzini Farming Company. They make their mark immediately with advanced farming practices.

In 1910 Baron Edoardo Pizzini Piomarta (1882-1966), then commander of the Pinerolo Cavalry School, draws “the prancing horse” in a letter sent to Francesco Baracca. It would later become the symbol of Ferrari automobiles.

After WWII Giulio Pizzini Piomarta joins his father in managing the family company, devoting himself primarily to viticulture.

In 1967 Franciacorta is recognized as an official Italian appellation. Barone Pizzini is among the first wineries to be registered in the newly created DOC (“designation of controlled origin”).

In 1971 the winery produces its first bottle of Barone Pizzini Franciacorta.

In 1993 some entrepreneurs get involved with the estate. They found the basis for the current winery. Their focus is the people behind the wines, the environment, and the appellation.

In 1998 the winery begins experimenting with organic grape-growing.

In 2002 The winery begins investing in other appellations: in Maremma, Tuscany and in Castelli di Jesi, Marches (Pievalta) .

In 2012 The International Wine Challenge calls the winery’s Franciacorta Rosé the best organic wine in the world.

In 2015 The winery receives the Gambero Rosso “Special Prize for Sustainable Viticulture”. Barone Pizzini is now certified by CSQA, the leading organization for food and farming certification. A friend of Biodiversity in Franciacorta: Barone Pizzini is at the top of the list.

CLICK BELOW TO FIND OUT MORE ABOUT BARONE PIZZINI